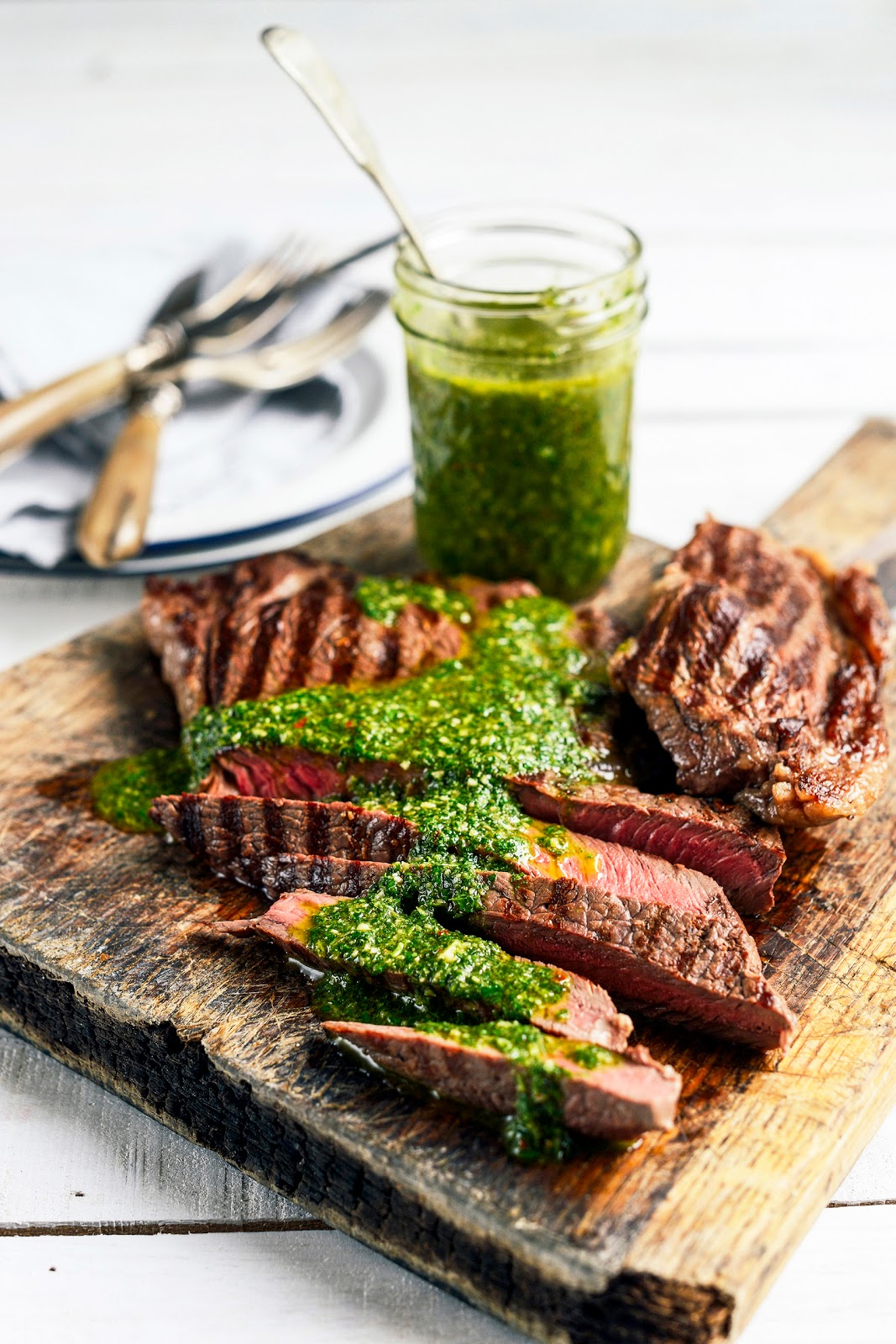 Call me crazy (as if you haven’t already) but I believe a New Zealand summer is coming, despite the fact that as I sit here on officially the first day of summer, the weather forecast around the country ranges from thunderstorms and hail to snow with a balmy high of 10 degrees (50˚F) in Dunedin. Ah yes – be warned international travellers to our beloved country – do not arrive at Christmas to experience a tropical paradise – for that you must come between February and April (if you’re lucky add January)! However – as shown by that fact that Kiwis can be spotted in Sydney wearing shorts and jandals (flip flops) in the middle of their winter, we are hardy souls, not to be put off by a spot of rain when it comes to having a barbecue – to that end, if you have one planned for the weekend, let this be your secret weapon to bring a fresh and vibrant flavour to the meat department. My version of the classic Argentinian Chimichurri sauce is packed with fresh herbs and a goodly amount of garlic grunt. Serve with your favourite steak, grilled corn on the cob with some chilli butter and some good quality fresh bread for the ultimate barbecue steak sandwich! 🙂 (PS – this is another of my recipes developed and shot for Fairfax newspapers around good ole NZ).