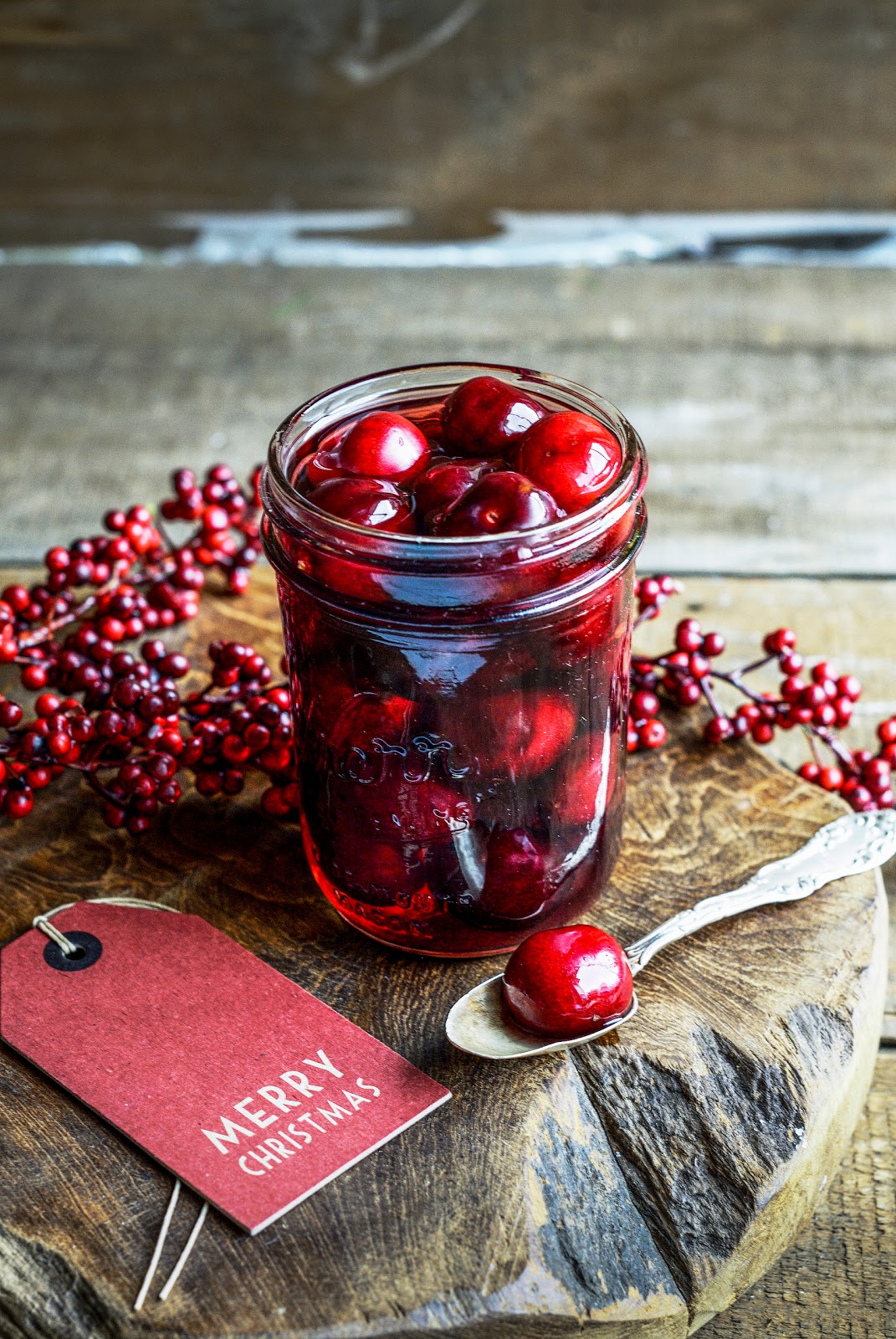 Ho, ho, ho and how’re you going in the lead up to Christmas? I am feeling a little bit out of control (frantic) it has to be said – with work coming out my ears, a birthday bash to organise (now three days ago – went splendidly!), Henry and Josh coming to stay, then two lots of entertaining at our place for Christmas day to plan and the transfer of the household to Waiheke on Boxing Day to get through. I did put my hand up for everything, I have no ‘no’ button, but I know once I get work out of the way I will really enjoy throwing myself into the cooking side of things. This recipe is another one I did for Fairfax newspapers and is such a good sneaky last minute gift to make. They only take half an hour to prepare, but look so impressive. I’m sure Nigella would wax lyrical about them being luscious, glowing ruby orbs or some such, but all I will say is, if you make them for yourself – don’t forget to whack the cherry/vanilla vodka in a wee festive cocktail as a reward for having made it to Christmas in one piece! Cheers!

Wash and drain cherries, if you prefer remove the pips. (This is optional, the French leave pips in even when baking cherries in their beautiful dessert clafoutis). Wash 2 x 450ml capacity jars (or any number of jars equaling 900ml capacity) and their lids. Place into a just-warm oven to dry and sterilise.
Combine sugar and water in a small saucepan. Stir over low heat, without boiling, until sugar has dissolved, then bring to the boil. Add vanilla bean and cinnamon quill and simmer for 5 minutes.  Remove from heat and stir in vodka.
Spoon cherries into jars, (if you like pop half of the vanilla bean into each one) and cover with vodka and sugar syrup. Seal tightly with a lid and store in the fridge for up to 3 weeks. These cherries are delicious spooned over vanilla ice-cream or served with Christmas pudding. The syrup also makes a great cocktail!