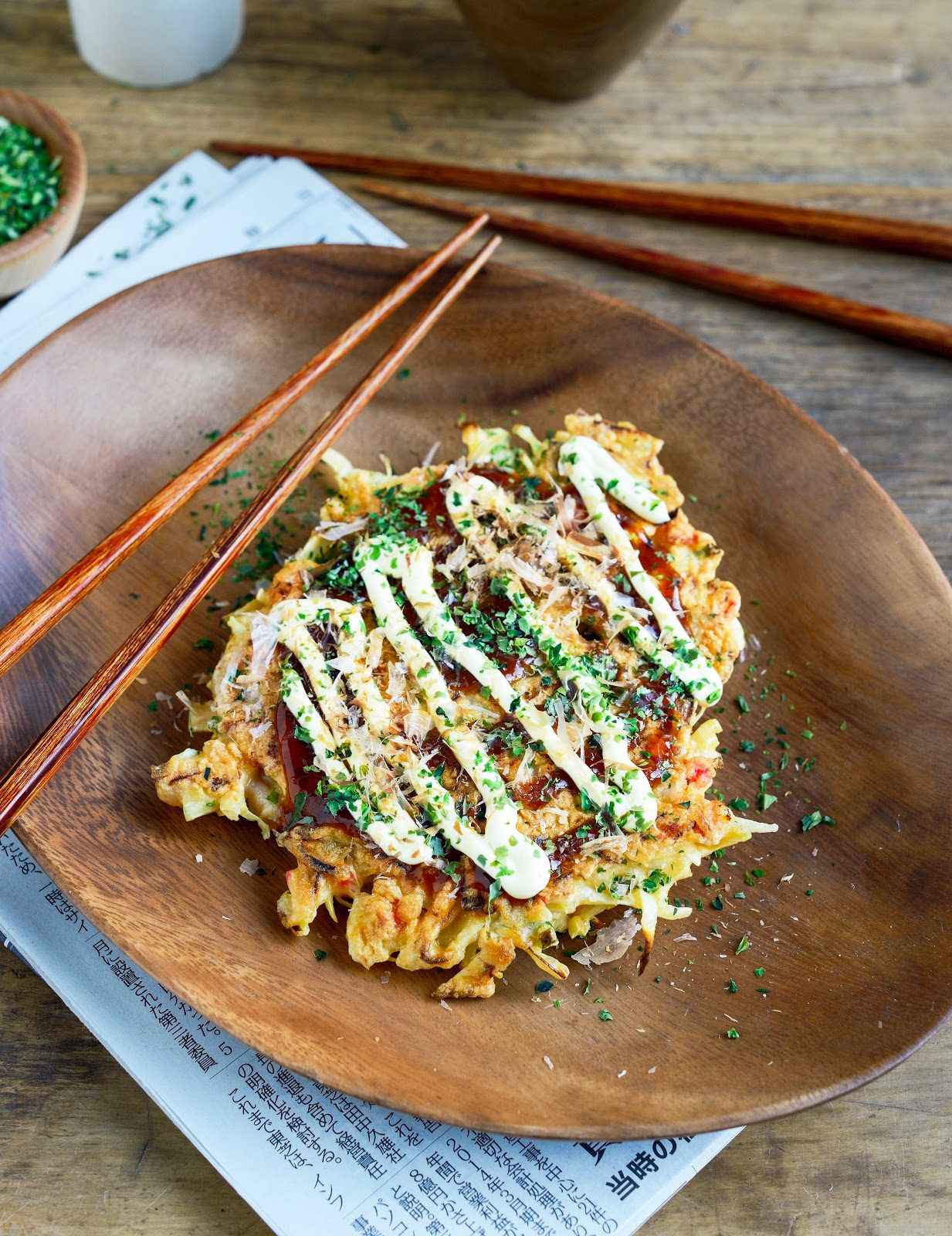 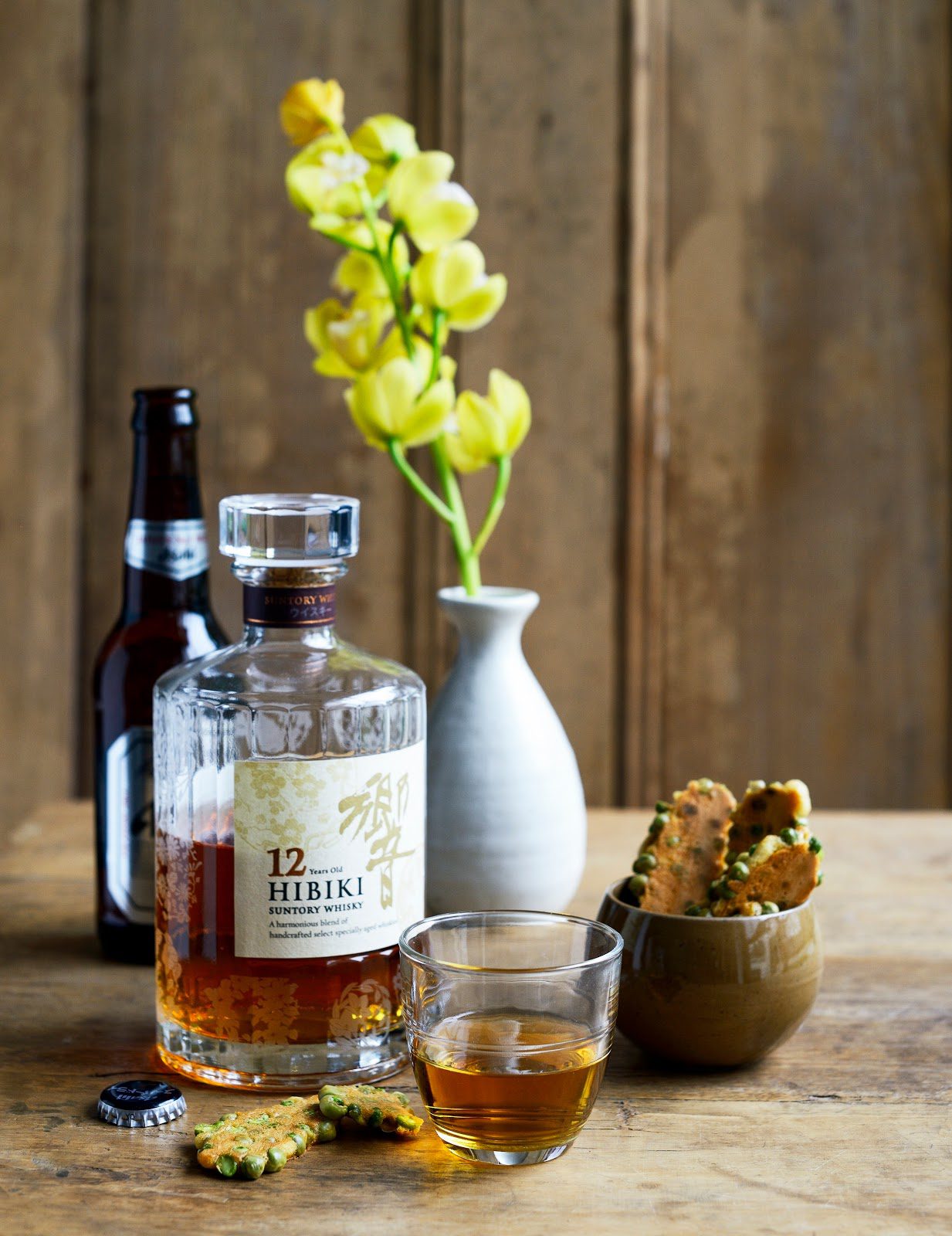 Goooood morning, good morning – well for once I am upright sitting at my ‘big’ computer while I write this, having hauled myself out of bed for a wee tiny run on this muggy morning. Crikey what a few days it has been! On Thursday I woke at 4am, got picked up by a cab at 4:30am and was on a 5:30am flight to Wellington. By 6:35am Henry and I were on the road, driving his car, and all his stuff, back up to Auckland in preparation for his big move to Melbourne. He was feeling crappy with a temperature and sore throat so after half an hour I took over the driving duties, psyched for a seven or eight hour drive ahead. Henry promptly fell asleep and I drove along merrily listening to his (surprisingly gangsta) music until about four hours later, as we were driving out of Taupo, the car quickly over-heated. Errp. I pulled over rang the AA and the surprise ‘stop-over’ began. Long story short – we waited two hours by the roadside for the AA then a tow truck and then made it to the mechanic who thought he could probably have us back on the road by 5pm. Then no, actually not, so we nabbed a room at a hotel for the night. (Not too shabby, cocktails and room service…). Next morning we had the good news that the car could be fixed, and on the road by 1:30pm…so finally, at 5pm on the Friday we actually arrived – about 27 hours late.

Bloody hell what a mission.

Anyhoo – now Henry is busy selling half his stuff on Trade Me, Nick has flown out to Shanghai and Rich has embarked on an (incredibly unexpected) healthy eating and fitness regime – long may it continue. I am miraculously on-track with my work load so will keep ploughing ahead before flying to Shanghai/Berlin/Amsterdam on Wednesday – but I wanted to get these two recipes up before I go, cos they are so bloody good. I put them together with a small piece on Kyoto for Dish magazine mid way through last year, and they are actually two of my favourite recipes of recent times.

There is okonomiyake which are Japanese fritters with prawns, cabbage and bacon topped with Japanese mayo and seaweed flakes and  curry balls with beautifully spiced chicken curry encased in crispy breadcrumb shells. Both are great for lunch or dinner, and if you make the okonomiyake smaller, they would also suit being served with drinks.

Right, must get cracking again, I have the last of my Italian dessert pics for Dish to edit (phwoar, loved doing those recipes!) as well as some fab icy desserts for Fairfax for later in the year. I will be a bit quiet for the next week as I will (literally) be up in the air, but I can’t wait to share my European pics with you when I get back. In the meantime, there are a few from Japan below 🙂 See you soon! 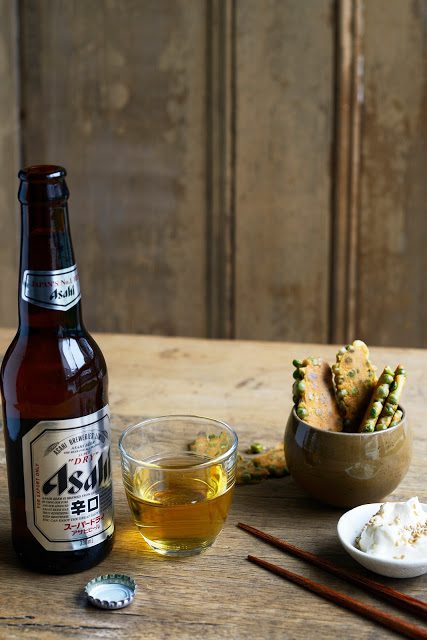 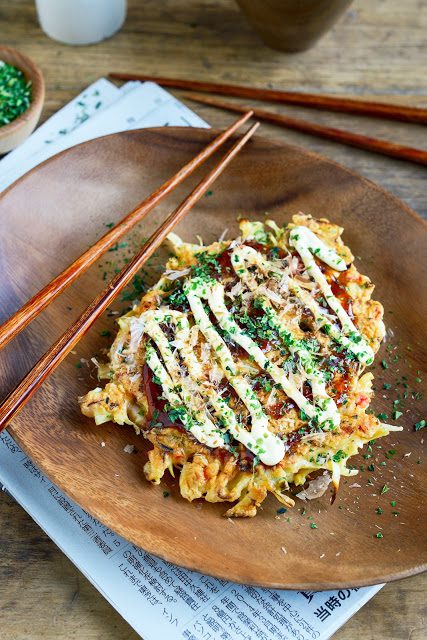 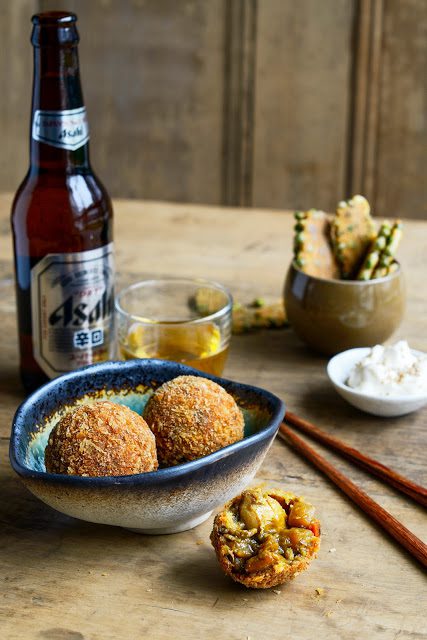 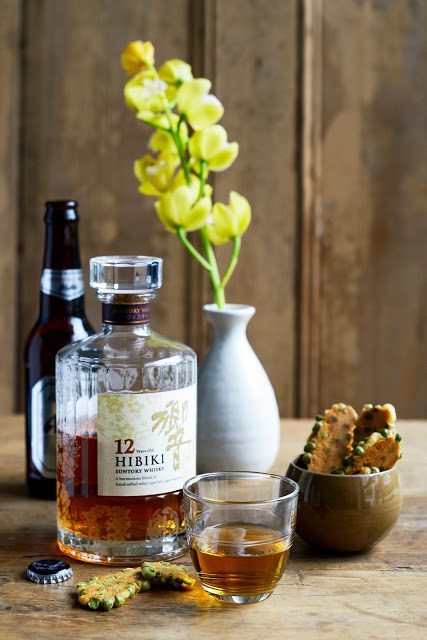 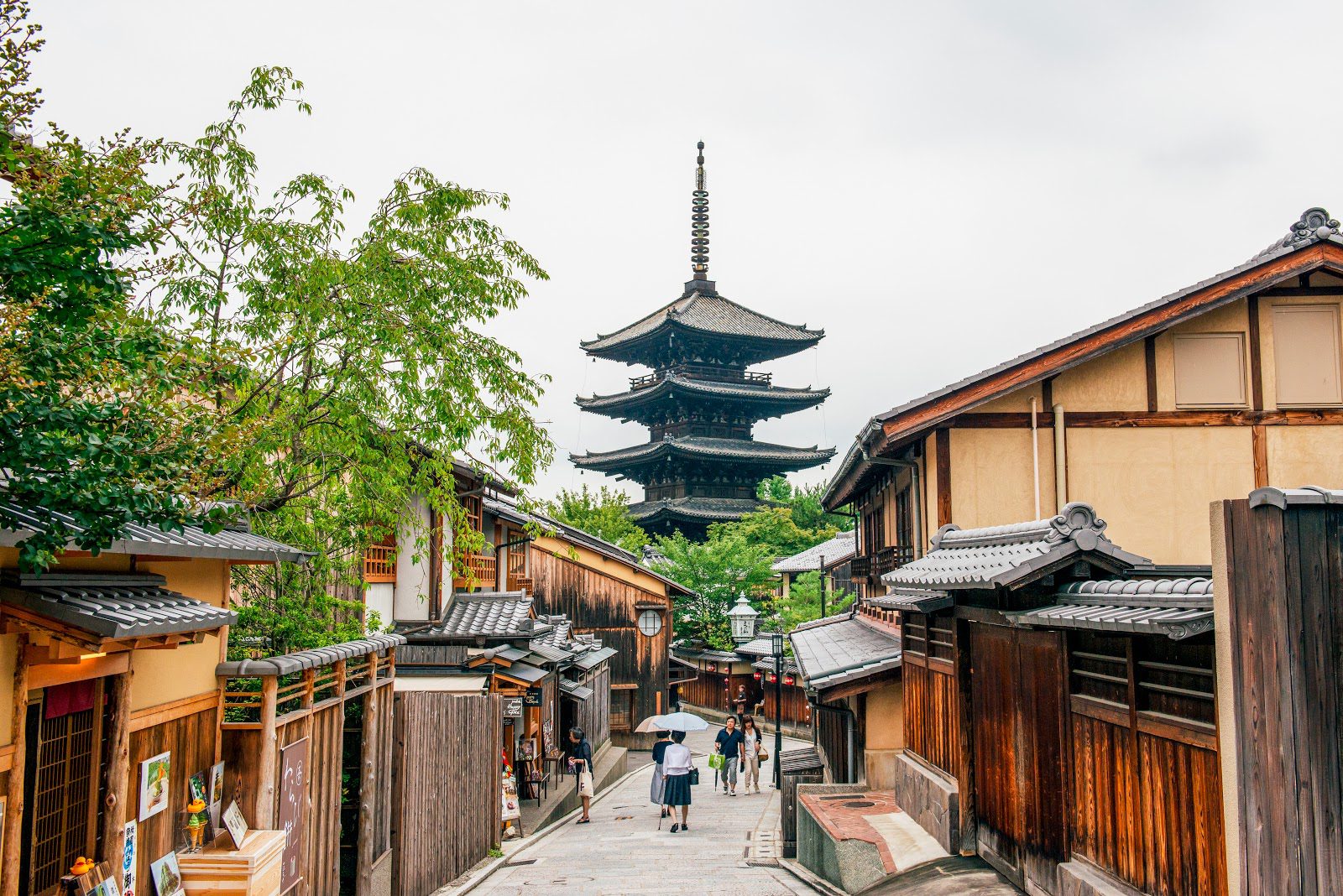 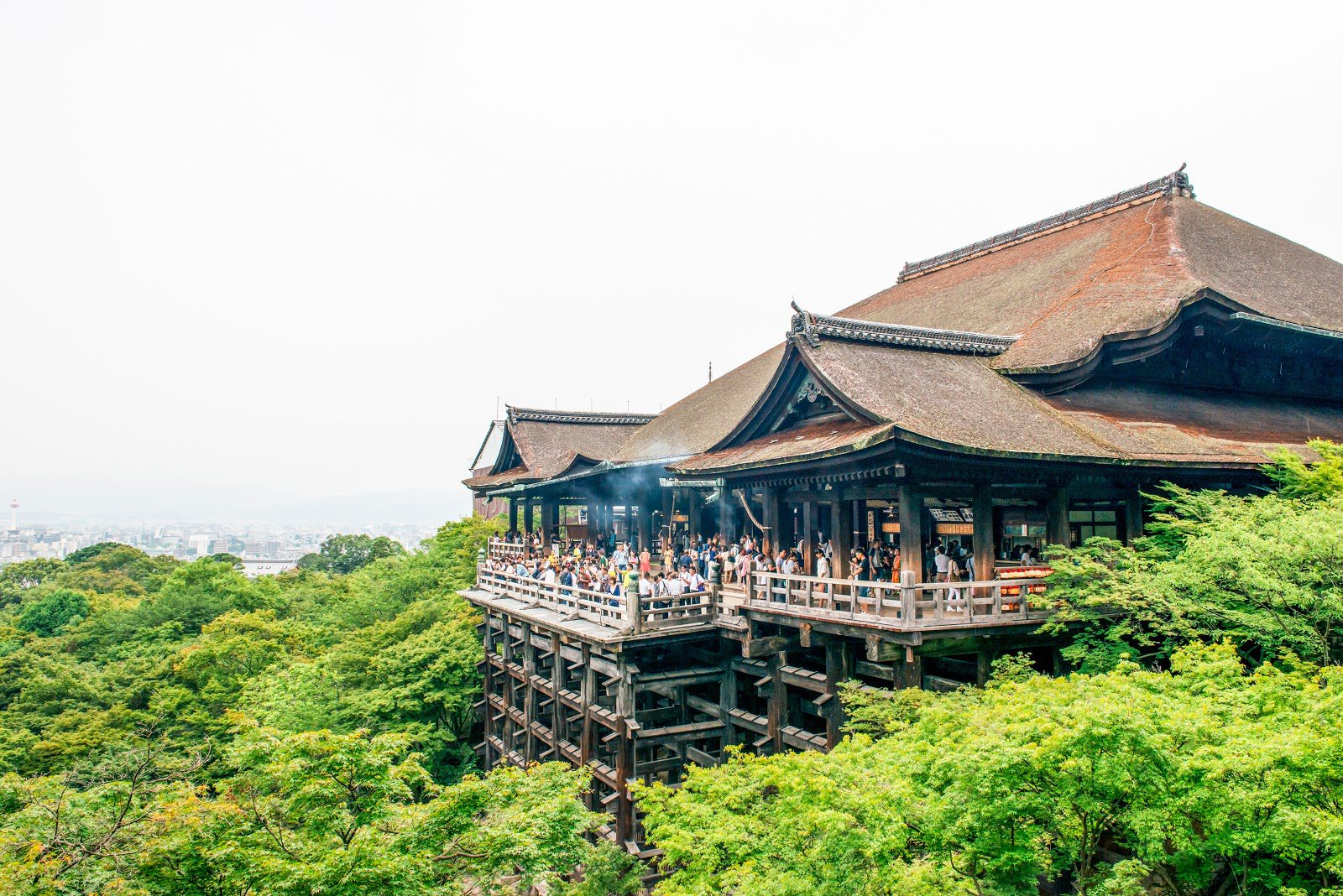 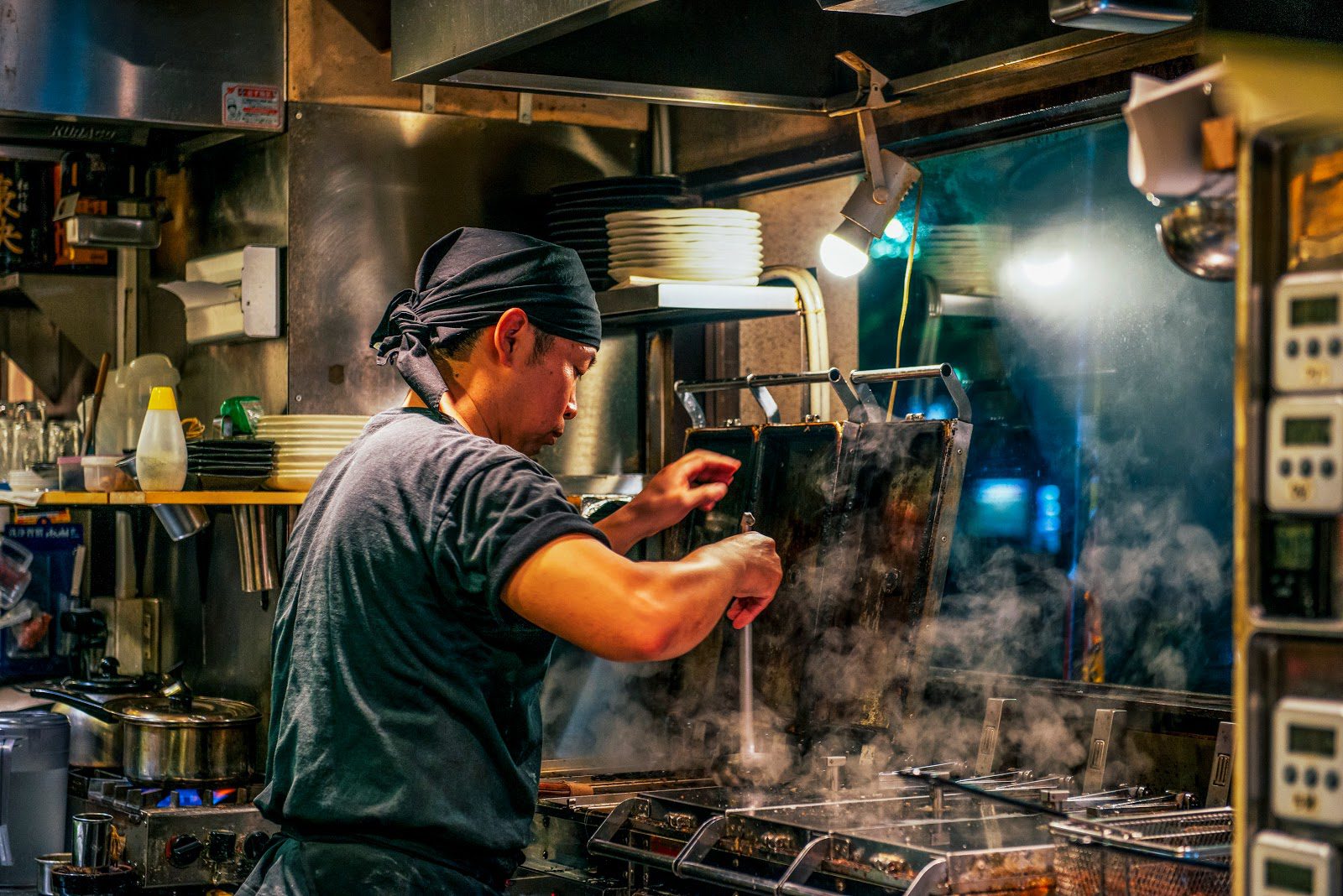 Japanese cuisine has so many contrasts and amazing textures – from the super clean taste of beautiful raw sashimi to decadent, deep fried panko-crumbed creations. This falls into the latter category with Japanese style chicken curry encased in golden breadcrumbs, my twist on the popular Japanese Kare Pan. Perfect to serve with drinks or as part of a Japanese feast.

Heat oil in a large deep frying pan and cook onion, sugar and spices over a medium heat for 5 minutes. Add carrot and potato, cover and cook a further 10 minutes, stirring occasionally. Add garlic, soy sauce and chicken and cook 5 minutes. Add flour and stock stirring to combine well, and cook a further 10 minutes until sauce is thickened and chicken is cooked through. Chill for 2 hours or up to overnight. Take large tablespoonsful of the chicken mixture, roll in panko crumbs, dip in egg then roll in panko crumbs again. I go through the whole lot crumbing once then repeat, so that they rest in between. Chill for an hour then heat oil and fry curry balls 4 at a time for 5 minutes until golden and heated through. Serve with drinks, for lunch with an Asian-style coleslaw or as part of a Japanese meal. Makes 16 ice cream scoop ball size.

I have read a great deal about these classic Osaka-style Okonomiyake, described as everything from Japanese pancakes to pizza – but to me they are more like a Japanese take on the good old Kiwi corn fritter. The name translates as “Grilled what you like” and in Japan they are made with an extra ingredient, grated Nagaimo or Yamaimo, a glutinous yam, but I have found they work perfectly well in this slightly simplified version. Often they are made with the bacon (or thin pork belly strips) layered onto one side of the fritter, which cook when it is flipped, but this method is a little easier, while still delivering the same flavour. Feel free to add fillings “as you like” and enjoy for lunch or a casual dinner.

Sift flour, baking powder, sugar and salt into a bowl Whisk dashi and eggs together, then whisk into flour to create a smooth batter. Leave to sit for half an hour while you prepare the fillings. Mix cabbage, spring onions, ginger, prawns and bacon into batter. Heat oil on a medium heat on a hot plate and spoon mixture into four to six fritters depending on the size you would like. Cook for four minutes before carefully flipping to cook another four minutes. Serve topped with Okonomi sauce, mayonnaise, Katsuobushi and Aonori. Miniature versions would be great served with drinks, while 4 big okonomiyake would serve 4 for lunch, and for dinner with a side – I suspect a poached egg on top would be great too! 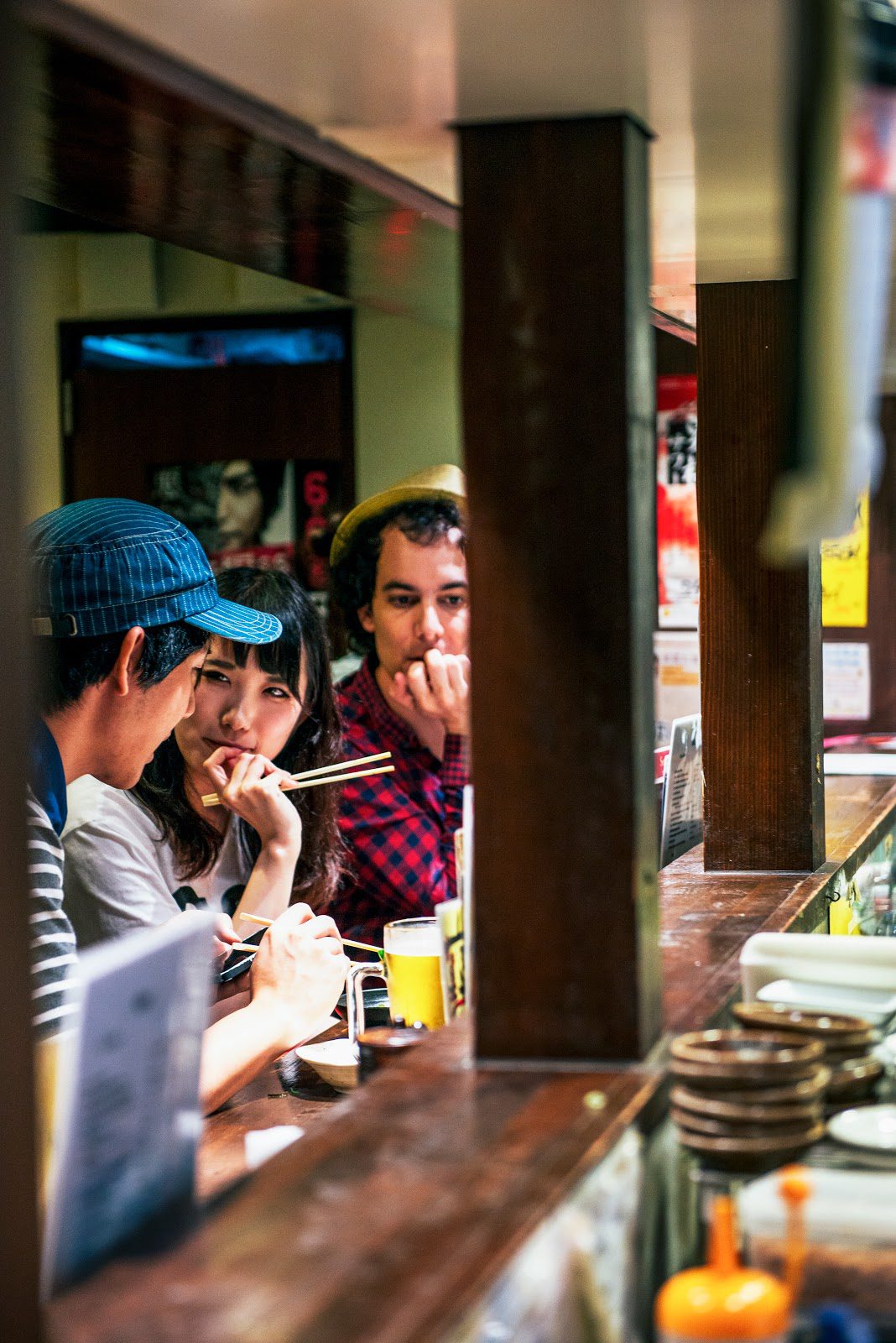