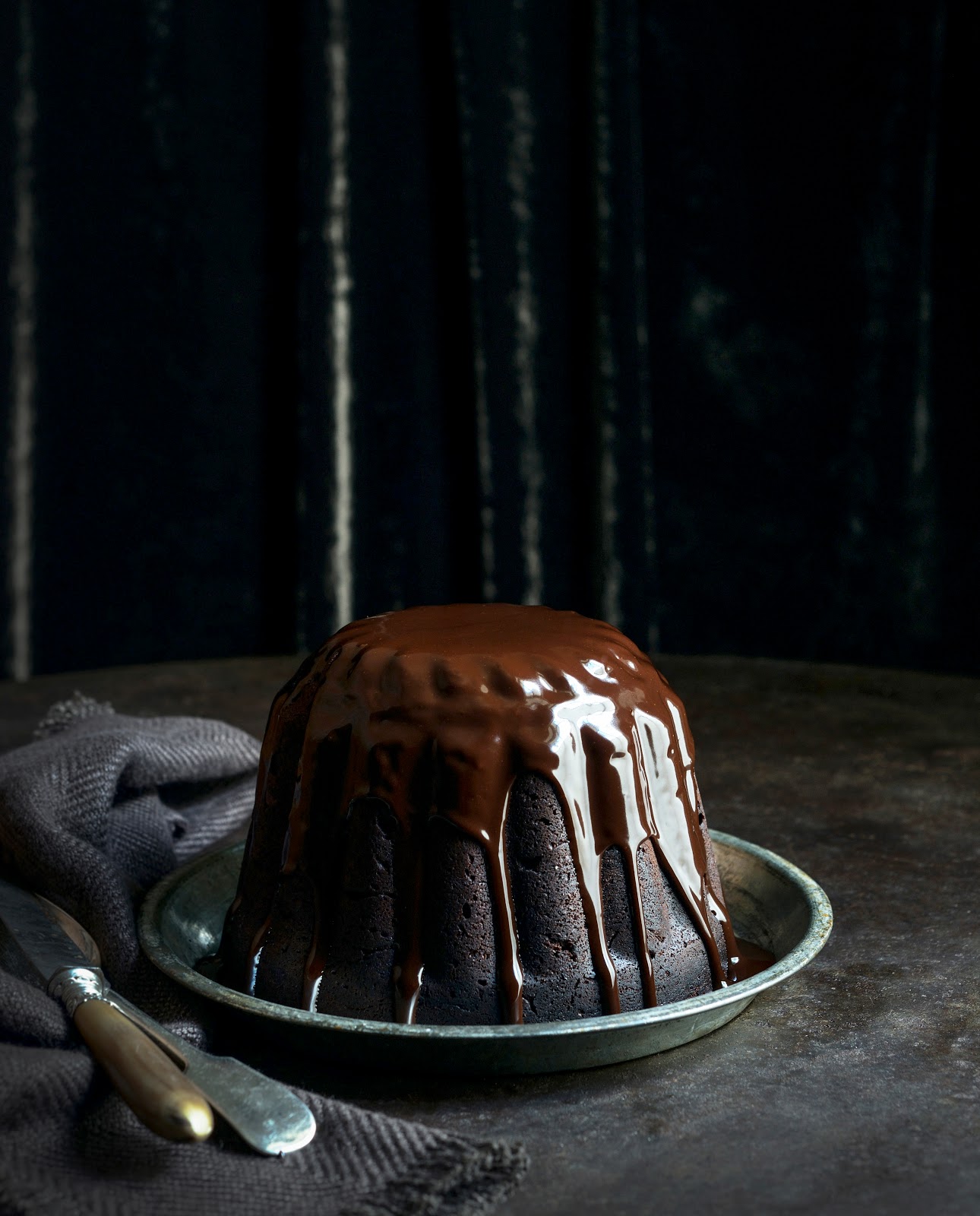 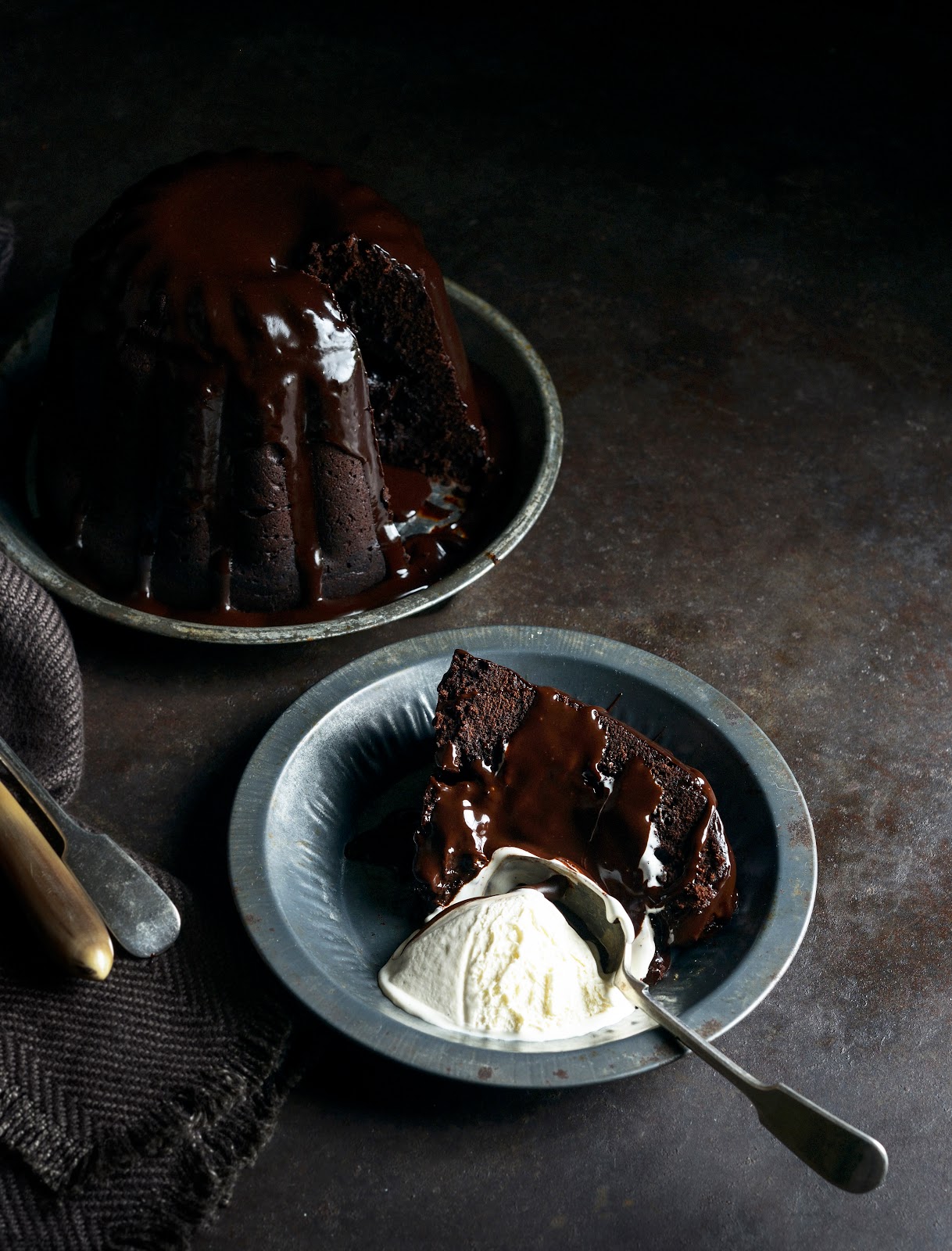 Hi all – well although I have only been away for a week, it feels like a month – I have done so much in the last seven days! I headed to Australia, incredibly privileged to be a guest at Invite the World to Dinner, an event hosted by Tourism Australia and held in Hobart, Tasmania, which showcased the very best of Australian cuisine. In the lead-up to the event I had the opportunity to see even more of Australia with a quick four day jaunt from tropical island to bone-dry outback to lush green rainforest. In a separate post I will give you the low-down about the week, but in the meantime I have not forgotten that I am on a promise to get this recipe to you! (And the eclairs – see below). It is one that I developed, styled and photographed for the August/September mid-winter issue of Dish magazine and it is rich, slightly dense and totally decadent. The middle remains just a little soft, which is all good with the luscious dark chocolate sauce and a scoop of vanilla bean ice cream. It would be fab for a thanksgiving finale or a Christmas show-stopper. Hope you enjoy it 🙂 Ooh – by the way, if you haven’t yet, feel free to say hi here or on my Facebook page – I’d love to know what you think!

Lightly butter the inside of a 2 litre pudding bowl. Beat butter and sugar until pale and fluffy, add eggs one at a time and beat to combine. Stir in milk, jam, vanilla extract and melted chocolate, then add sifted flour, cocoa powder, baking powder and salt, and beat briefly to combine. Spoon the mixture into the prepared pudding bowl, cover tightly with pudding basin lid and steam for 2 hours. (To do this, put an inverted side plate in the base of a large saucepan. Place the pudding on the plate and pour boiling water in to come half way up the sides of the pudding basin. Bring the water to a simmer, cover, checking to top up the water level if necessary during cooking). Remove from the water and set aside for 25 minutes – it’s important to do this so it’s not too molten on the inside.Sauce:
Heat the cream and golden syrup in a small saucepan until just simmering. Remove from the heat, add the chopped chocolate and vanilla and leave to sit for 3 minutes then whisk to combine. (If necessary return to the heat briefly, then whisk again until smooth.)Turn the pudding out (run a knife around the inside of the bowl if necessary) by inverting it onto a serving plate. Pour half of the sauce over the top and serve immediately with extra sauce on the side and vanilla bean ice cream. Phwoar.
Serves 10