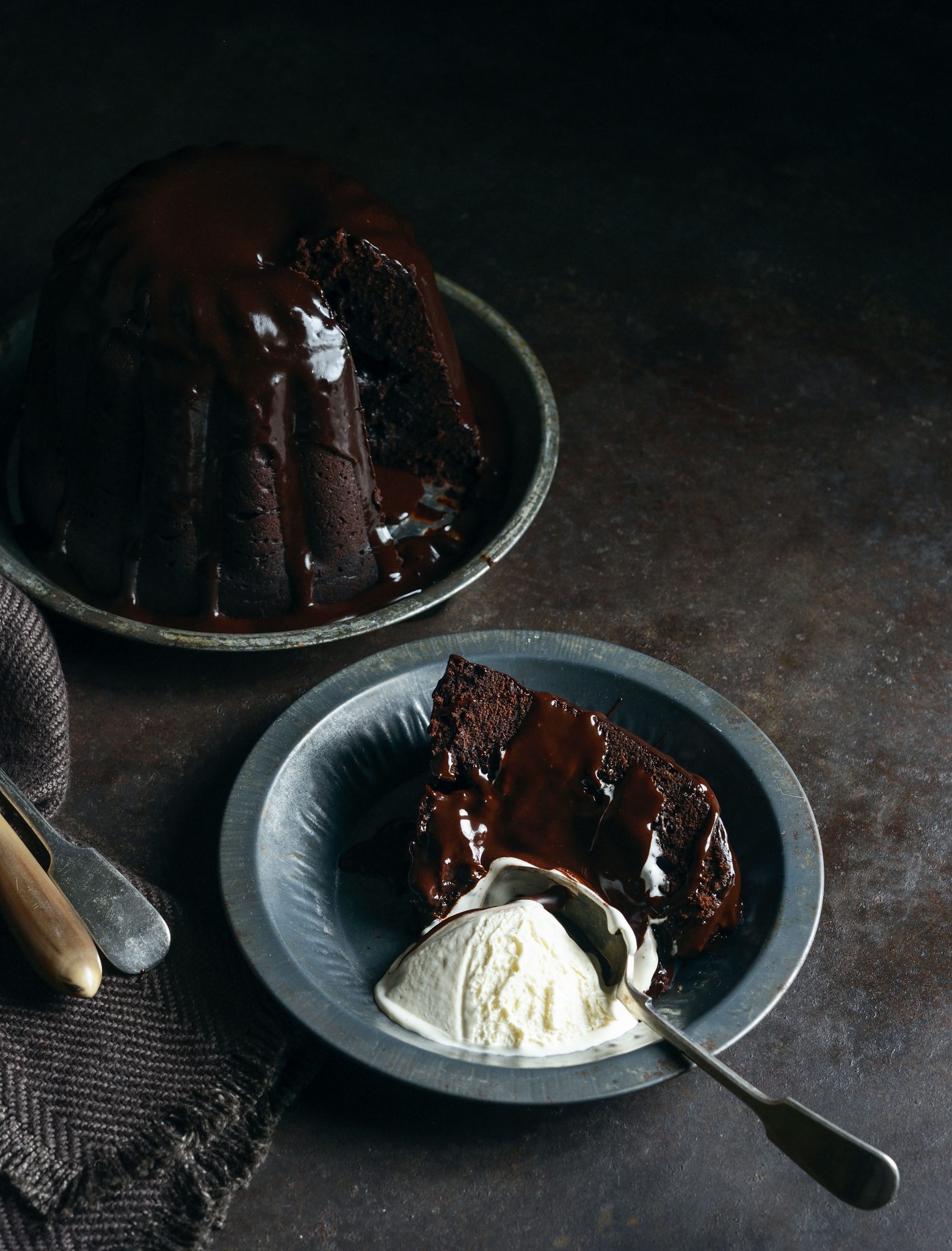 As I sit here with my house packed up around me, waiting for a dear mate and one of my darling nephews to come and give me a hand, I thought it would be a good idea to say ‘hi’…it might be a week or more before you hear from me again! This recipe is one of the very first ones I ever put together for Dish magazine, and it has also appeared here on the blog before. But frankly. Look at it…it needed another outing. (The naughtiness comes from the luscious calorie-packed chocolate situation, but it is so worth an extra-long walk or half hour at the gym). If you are planing any wintry get togethers with friends in the next few months, it is definitely worth giving it a whirl…

I have spent the last two nights sleeping on a kid’s mattress on the floor of my my new bedroom (moving day tomorrow), and oh my God, I haven’t slept so well in aaaages – 10 hours last night! It has been the most massive few weeks for me, first starting my new role as editor at Dish, ad hoc until I begin full-time on the 29th. (Although as anyone who works in publishing/media knows, deadlines stop for no man, so ‘ad hoc’ has been pretty bloody frenetic!). Last Wednesday I zoomed down to Welly for darling Hoob’s graduation, and it was fantastic to take a moment out of the goings on in Auckland just to really savour that time with the men/boys and the gorgeous Raven. Back in town and the packers have packed (mostly), wifi is coming to the new place (not unlike winter…geddit!?) and I feel like I am currently in the eye of the storm. Speaking of which, I need to get the TV off the wall in the living room and the exer-cycle down the stairs for my uncle, so time to go. See you soooooon!

Lightly butter the inside of a 2 litre pudding bowl. Beat butter and sugar until pale and fluffy, add eggs one at a time and beat to combine. Stir in milk, jam, vanilla extract and melted chocolate, then add sifted flour, cocoa powder, baking powder and salt, and beat briefly to combine. Spoon the mixture into the prepared pudding bowl, cover tightly with pudding basin lid and steam for 2 hours. (To do this, put an inverted side plate in the base of a large saucepan. Place the pudding on the plate and pour boiling water in to come half way up the sides of the pudding basin. Bring the water to a simmer, cover, checking to top up the water level if necessary during cooking). Remove from the water and set aside for 25 minutes – it’s important to do this so it’s not too molten on the inside.Sauce:
Heat the cream and golden syrup in a small saucepan until just simmering. Remove from the heat, add the chopped chocolate and vanilla and leave to sit for 3 minutes then whisk to combine. (If necessary return to the heat briefly, then whisk again until smooth.) Turn the pudding out (run a knife around the inside of the bowl if necessary) by inverting it onto a serving plate. Pour half of the sauce over the top and serve immediately with extra sauce on the side and vanilla bean ice cream. Phwoar.
Serves 10
Print Recipe